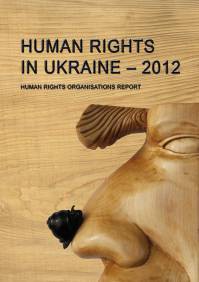 This book considers the human rights situation in Ukraine during 2012, it is based on studies by various non-governmental human rights organizations and specialists in this area

Justice for peace in Donbas 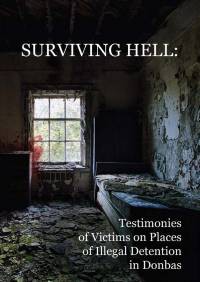 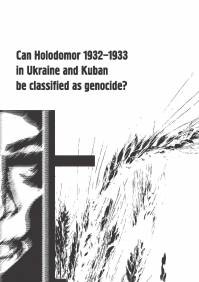 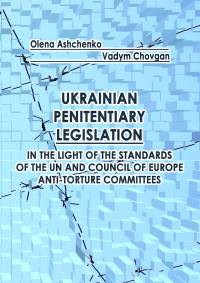 We offer the Reader an analysis of compliance of Ukrainian legislation governing the order of detention in custody, serving of punishments connected with deprivation of liberty, with the international standards enshrined in the UN Convention against Torture and expressed in the conclusions and recommendations of the UN Committee against Torture, as well as numerous reports of the European Committee for the Prevention of Torture (the CPT) after the visits to Ukraine. 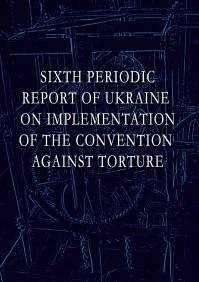 Sixth Periodic Report of Ukraine on Implementation of the Convention against Torture and Other Cruel, Inhuman or Degrading Treatment or Punishment

In 2013, the UN Committee against Torture (hereinafter — the Committee) should have considered the Sixth Periodic Report of Ukraine on implementation of the provisions of the UN Convention against Torture. We recall that the previous Fifth Periodic Report of Ukraine was considered by the Committee in May 2007 and the periodic reports are provided once in four years. 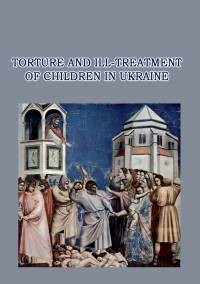 Torture and ill-treatment of children in Ukraine

This publication presents the results of research and analysis conducted by the Kharkiv Human Rights Protection Group (KHPG) in 2012 in the framework of the project “Protecting children from torture and ill-treatment in Ukraine” supported by the Democracy Grant Program of the U.S. Embassy in Ukraine