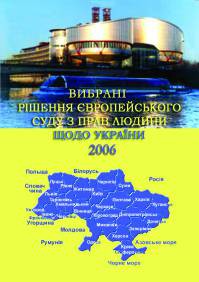 FREEDOM OF EXPRESSION IN UKRAINE -2002

The Agency of author's and related rights of Ukraine introduced the system of monitoring TV and radio programs. It is expected that these measures will prevent the use of non-licensed products. According to Sergey Bondarenko, the manager of the agency of author's rights, technical facilities of the monitoring system permit simultaneous recording of several electronic mass media. The records will be kept for three years. Explaining the necessity of this measures, Bondarenko told that the agency guard the rights of five thousand Ukrainian authors. However, only four radio stations and four TV companies agreed to pay royalties to the authors, whose production they use. The monitoring is introduced for the time being only in Kyiv. In future it is planned to include oblast centers, and to record all mass media in the capital around the clock. Valentin Chebotariov, the head of the State Committee in charge of intellectual property, is sure that it will be possible to use the monitoring data as evidence in court. The National Council in charge of TV and radio broadcasting will have to react fast after finding the violations.

Freedom of expression in Ukraine – 2003

This is a special issue No.74 of the informative-analytic bulletin «Prava ludyny». It contains materials on informational conflicts in Ukraine in 2003. Freedom of expression in Ukraine - 2003 / Kharkiv Human Rights Protection Group; Illustration by O. Gerchuk. - Kharkiv: Folio, 2004. - 312 p.